Surrounded by privileged landscapes and stunning location, Grand Solmar at Rancho San Lucas features 834 acres of oceanfront territory framed by coast dunes, dotted with abundant flora and fauna so characteristic of Baja California peninsula —which has been included in the World Wildlife Fund’s “Global 200” project that seeks to conserve the eco-regions with the greatest diversity in the world.

The WWF initiative recognizes the peninsula for its exceptional richness and biodiversity in the nearly 30,000 square miles of territory, which is a fascinating display of coastal dunes, mountain ranges and plains, and one of the best preserved deserts in Mexico, with abundant, endemic wildlife.

Did you know that 35% of total territory is dedicated to preservation of green spaces, reduced energy and water usage as well as conservation of the natural landscape and respect for native vegetation and fauna? Out of the 834 acres that surround Grand Solmar at Rancho San Lucas, 106 have remained preserved, while an additional 186-acre area is a stunning display of golf figure Greg Norman’s “least-disturbance” stamp on a signature golf that seeks to respect the environment.

During a stroll or sunrise jog through the well-traced trails, you will be able to watch groves of centuries-old cardon cacti that rise to 40 feet and wildlife habitats for birds and a resident population of black-tailed deer, to hares and bobcats.

Mid-December sets the whale season, as these majestic animals complete their 6,000-mile migration from glacial waters of Gulf of Alaska to the warmth of Mexican coasts, and you can feast your eye as humpback whales, —which together with the grey whale are the most common out of the eight species that venture to the Mexican Pacific— jump out of the water to perform acrobatic leaps. A fest to admire in the comfort of your patio or terrace.

Golfers can also spot gracious whales along the beachfront holes and from the elevated greens. One of the most incredible live shows in Los Cabos!

Learn more about some of the species that Solmar Hotels & Resorts help preserve, and that you may be lucky enough to stare at during your next visit:

The red fox has an elongated body and relatively short limbs. The tail, which is longer than half the body length (70 percent of head and body length), is fluffy and reaches the ground when in a standing position. Their pupils are oval and vertically oriented. The forepaws have five digits, while the hind feet have only four and lack dewclaws. They are very agile, being capable of jumping over 2-meter-high (6 ft 7 in) fences, and swim well.

Is a canine native to North America. It is smaller than its close relative, the gray wolf, and slightly smaller than the closely related eastern wolf and red wolf. Coyote males average (18 to 44 lb) in weight, while females average (15 to 40 lb.), though size varies geographically.

The black-tailed deer lives along the Pacific coast from western California up through Alaska. Black-tailed deer are reddish-brown in summer and brownish gray during winter. The deers’ broad tails are completely black or dark brown on top, and white underneath. They raise them tails to expose the white underside when they’re frightened.

Is a common hare of the western United States and Mexico; has distinctive long ears, and the long powerful rear legs characteristic of hares. Reaching a length about 2 ft and a weight from 3 to 6 lb, the black- tailed jackrabbit is the third- largest North American jackrabbit, after the antelope and the white-tailed jackrabbit.

The European rabbit is smaller than the brown and mountain hare, and lacks black ear-tips, as well as having proportionately shorter legs. An adult European rabbit can measure 16 in length, and weigh 2.6–4.4 lb. The hind foot measures 3.3–3.9 length, while the ears are 2.6–3.0 in long from the occiput.

Is a species of baleen whale. One of the larger rorqual species, adults’ range in length from 39–52 ft and weigh around 28–33 short tons. The humpback has a distinctive body shape, with long pectoral fins and a knobbly head. It is known for breaching and other distinctive surface behaviors, making it popular with whale watchers.

The Black Snook is a member of the Snook or Centropomidae Family, this is also known as the Black Robalo and in Mexico as robalo negro and robalo redondo. It has an elongated compressed body. They are silvery fish with a prominent black lateral line. Their fins are dusky with the exception of their pectoral and pelvic fins, which have touches of yellow.

The hawksbill’s appearance is similar to that of other marine turtles. In general, it has a flattened body shape, a protective carapace, and flipper-like limbs, adapted for swimming in the open ocean. E. imbricata is easily distinguished from other sea turtles by its sharp, curving beak with prominent tomium, and the saw-like appearance of its shell margins.

Also known as the grey whale, gray back whale, Pacific gray whale, or California gray whale, is a baleen whale that migrates between feeding and breeding grounds yearly. It reaches a length of 49 ft, a weight of 40 short tons, and lives between 55 and 70 years. The common name of the whale comes from the gray patches and white mottling on its dark skin.

Is a game fish found in the warmer waters of the East Pacific from Baja California to Peru. It is distinguished by its “rooster comb”, seven very long spines of the dorsal fin. Roosterfish can reach over 5 ft 3 in length and over 110 lb in weight. The weight of the average fish hooked is about 20 lb. The fish is popular as a game fish, but it is considered a good eating fish.

Is a diurnal, fish-eating bird of prey with a cosmopolitan range. It is a large raptor, reaching more than 24 in length and 71 in across the wings. It is brown on the upperparts and predominantly greyish on the head and underparts.

Is a long-legged bird in the cuckoo family, Cuculidae, from the Aridoamerica region in the Southwestern United States and Mexico. The roadrunner is about 20–24 in long, has a 17–24 in wingspan and weighs 7.8–19.0 oz. It stands around 9.8–11.8 in tall and is the largest cuckoo of the Americas. Although capable of limited flight, it spends most of its time on the ground, and can run at speeds up to 320 mph.

This species is very small, a mature adult growing to only 3–3.5 in length. The male Costa’s has a mainly green back and flanks, a small black tail and wings, and patches of white below their gorgeted throat and tail. Its most distinguishing feature is its vibrant purple cap and throat with the throat feathers flaring out and back behind its head.

Frigatebirds are a family of seabirds called Fregatidae which are found across all tropical and subtropical oceans. Females have white underbellies and males have a distinctive regular pouch, which they inflate during the breeding season to attract females. Able to soar for weeks on wind currents, frigatebirds spend most of the day in flight hunting for food, and roost on trees or cliffs at night.

The northern caracara has a length of (19–23 in), a wingspan of (48–49 in), and weighs (37–46 oz).Average weight is higher in the north of the range, smaller in the tropics. It is very cross-shaped in flight. The adult has a black body, wings, crest and crown. The neck, rump, and conspicuous wing patches are white, and the tail is white with black barring and a broad terminal band. The breast is white, finely barred with black.

Get your camera ready, as you can’t afford to miss the perfect shot!

4 thoughts on “Baja California Peninsula: One of the eco-regions with the most biodiversity in the world” 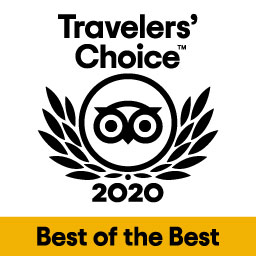 Share your pictures, videos, and testimonials online by using the hashtag #GSVExperience

News related to COVID-19 – Find out more information byclicking here | Close
This site uses cookies. By continuing to browse the site, you are agreeing to our use of cookies. OK | Find out more

Be aware, Solmar Resorts Grand Solmar Vacation Club or any of the brands related to Solmar do NOT offer a rental or resale program of any kind! Scammers may pose as resort employees and use similar domain addresses to contact you.

Please click on the "Read More" button to read the full statement.