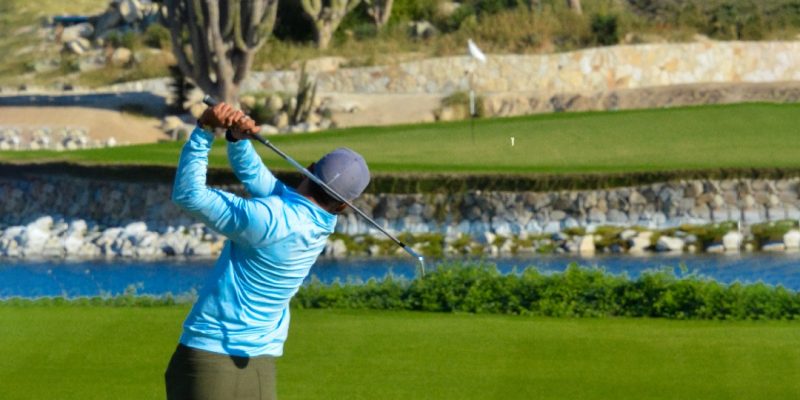 Taking advantage of the Baja landscapes, Rancho San Lucas Golf Club embraces three different ecosystems with several environments that run across huge windswept dunes at the start, climbs through a thick cactus forest creased by winding arroyos in the middle of the round, and returns players to the beach and sea on the back nine.

With a handful of holes on the beach, this versatile 7,210-yard, par-72 layout bears many surprises for both amateurs and professional players. Norman also includes a superb island par-3 hole occupying the penultimate position with a spacious green of 10,000 square feet and a solitary bunker with a lone cardon cactus that adds an aesthetic touch to this dramatic hole.

Take a look at what to expect in each and every hole of this world-class course!

The opening hole plays straightaway from a set of elevated tees to a broad, bunker-less fairway that parallels the sea. A natural dune ridge frames the fairway on the left, with several of the largest and oldest cardon cacti on the property clustered in a grove to the right. A large bunker on the left, placed 80 yards short of the green, must be avoided. The ample putting surface is sloped from back to front.

A right-to-left dogleg par 4 that transports players directly to the beach, with the sea flooding the horizon, this magnificent hole curves past a range of mountainous dunes on the right. Exposed to the elements, this hole is often buffeted by prevailing onshore breezes. The large, open-entry green will accept run-up approach shots.

Situated within earshot of the pounding surf in front of the Norman Estates residential community, this scintillating par 3 flanks the beach and plays downwind to a sloping green bisected by a subtle ridge. Bunkers front left and back right defend the putting surface. The green is a good vantage point from which to view breaching whales during the winter months.

This beguiling short par 4 plays uphill, with the Grand Solmar resort hotel in view to the right. The bunker-less fairway leads to a slim, semi-blind green that’s skewed to the play and defended by a false front. Indifferent approach shots will roll off to close-mown swales below the raised putting surface. A deceptive hole that plays more difficult than it looks.

Tucked in a cleft of the dunes and backdropped by Sahara-like sand hills, this sheltered, one-of-a-kind par 3 calls for a solid tee shot into the prevailing wind. The open-entry green is defended to the right by one of the steepest and most dramatic sod-walled bunkers on the course.

A relatively short par 4, the sixth hole turns slightly left and heads uphill towards distant stony mountains. An expansive sandy transition area will collect shots that finish short and left of the perched green, which is liberally contoured. The putting surface is defended in front by a pair of deep sand pits and by a lone bunker to the back right of the green complex.

This sturdy, slightly uphill mid-length par 4 cuts through thick desert vegetation and proceeds along a broad, bunker-less fairway as it rises to the high point of the front nine. The landing area narrows as it approaches the large round green. The putting surface is open in front but defended in back by a deep bunker.

A massive, S-shaped par 5, this splendid hole tumbles downhill towards a big haystack-shaped hill and a broad expanse of the sea. A shallow arroyo snakes across the fairway 200 yards from the green, forcing players to make a strategic decision to lay up or carry it with their second shots. The receptive green is defended to the left by two deep bunkers, with another sandy pit behind the putting surface.

Sharply uphill but generally downwind, this challenging par 4 is aimed directly to the hilltop clubhouse and plays a little longer than the listed yardage. Routed through a dense cactus forest, this hole calls for an accurate drive. Players must negotiate a pair of huge transition bunkers and find a very deep green that measures 40+ yards from front to back.

A strong downwind par 4 that calls for strategic play and sound tactics. A large flashed-faced bunker on the right side of the landing zone must be avoided at all costs. The approach shot is a forced carry over a picturesque arroyo in a designated conservation area dotted with specimen trees and cacti. The large elevated green is bracketed by bunkers, with a deep penal bunker in front.

This intriguing, semi-blind par 3 plays uphill over a deep, cactus-studded arroyo to one of the largest greens on the course. Sharply banked on the right side, the undulating putting surface, framed by a dramatic rock formation on the right, must be carefully assessed to avoid three-putting.

One of the best and brawniest par 4’s at Rancho San Lucas. This grand-scale creation plunges downhill from the high point of the course towards a large aiming bunker in the left-center portion of a broad fairway backdropped by the sea. A crumbled granite cliff defines the left side of the hole, with a shallow arroyo flanking the right side of the fairway. The infinity-edge green, oblong in shape, narrows at the back.

This superb risk-reward par 5 calls for a forced carry over an arroyo to a very wide fairway that stairsteps down through a cactus forest and a series of broken dunes. An arroyo flanks the right side of the fairway and cuts a diagonal swath between the fairway and a deep, sloping green defended by a pair of bunkers on the right.

Aimed directly to the ocean, this is arguably the club’s most spectacular hole and, into the prevailing wind, among the most challenging. From a series of elevated tees, the drive on this right-to-left dogleg par 4 is played to a generous fairway framed on both sides by shouldering dunes. The second shot must find and hold a slightly raised green and must avoid deep bunkers to the left of the putting surface.

This solid par 4 heads to the interior and plays into the teeth of a tricky crosswind. The fairway bends gently to the right and proceeds uphill past two saucer-like bunkers to a large round green defended on the left by bunkers. A sandy transition area to the right of the putting surface will snare flared or wayward approach shots.

This short downwind par 4, drivable for big hitters, forces players to ponder their options on the tee. Four seemingly random but strategically-placed bunkers, including a large central bunker, defend the gently rolling fairway, which is walled in by a sand ridge on the left. The horseshoe-shaped green is bent around a deep pot bunker pressed into its center, forcing another decision on the approach shot.

An island green awaits at the penultimate hole, with onshore breezes complicating club selection. From any set of markers, the tee shot must carry a lake and find a large circular green fortified by a rock wall and buttressed by boulders at its base. A lone cardon cactus on the right and a water feature behind the green add the final touches to this striking hole.

Rancho San Lucas finishes as it started: with a big par 5 that calls for all the shots. This sturdy uphill hole plays into the prevailing wind and proceeds along a broad, bunker-less fairway with a sandy transition area on the right 250 yards from the green. The elevated, semi-blind green is well-protected by deep bunkers left, right and behind. A true three-shot par 5 and a grand finale to the round.

Hope you enjoy your next golf round at this extraordinary course!
Please feel free to make reservations with your Concierge at: concierge.gsrsl@solmar.com

Baja California Sur: A New Experience in every corner | Mulegé 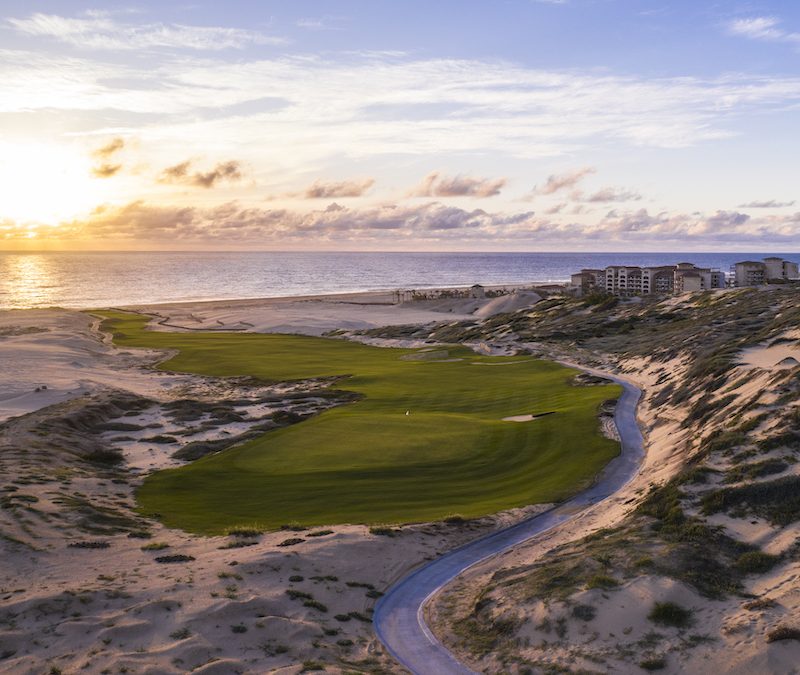 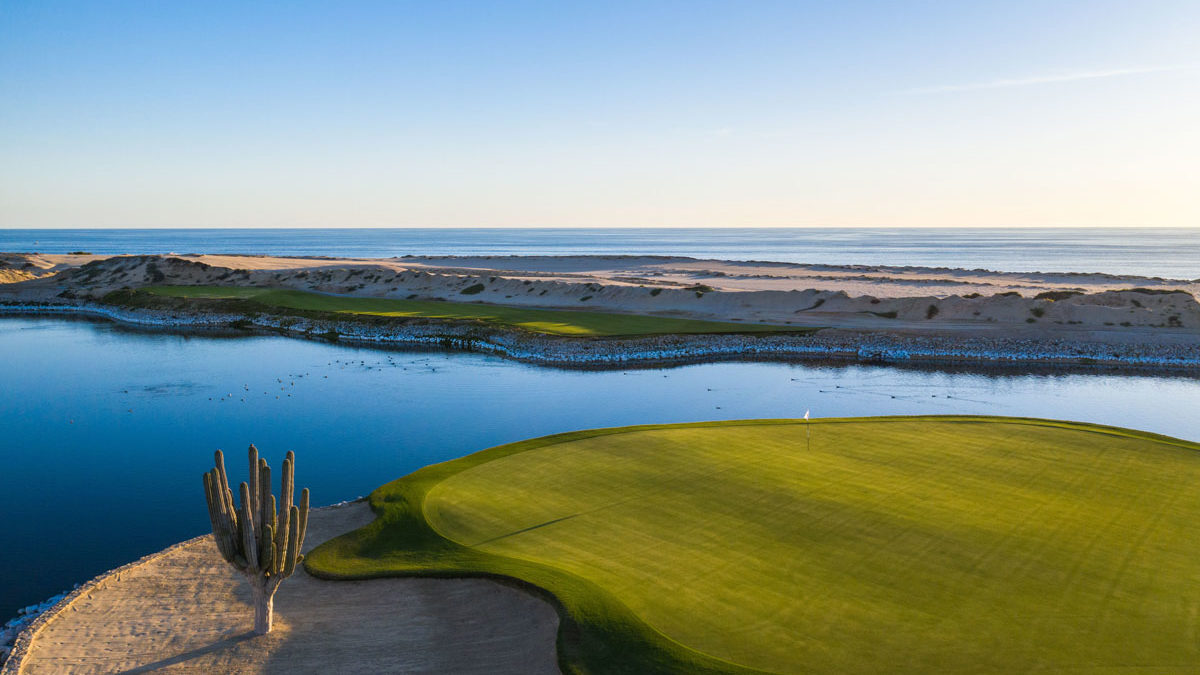 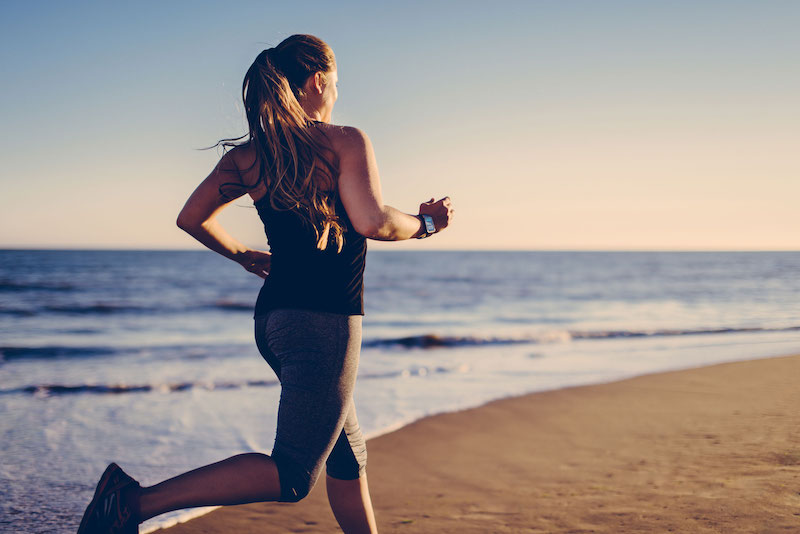 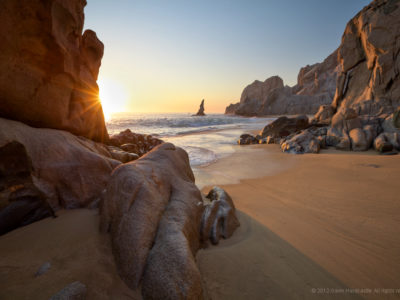 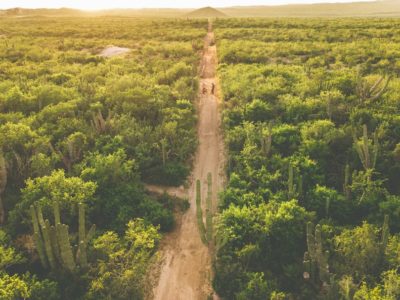 Social distancing was never that fun! Grand Solmar at Rancho San Lucas has a thoughtful ...
By solmar
November 23, 2020